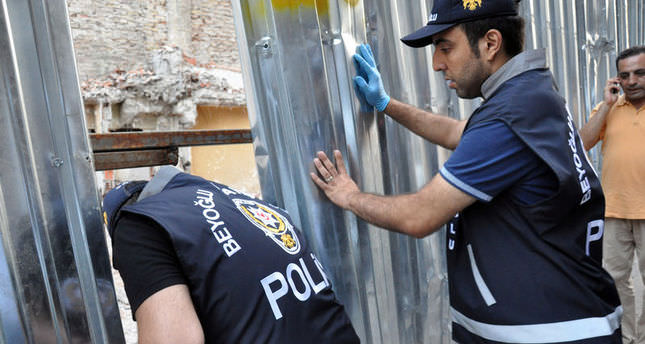 by Daily Sabah Aug 22, 2014 12:00 am
Police forces in Istanbul on late Friday have launched drug raids, detained 13 people and seized large amounts of drugs including a cheap, addictive and potent form of marijuana, known as 'bonzai'.

More than 700 police officers from the narcotic and riot units, conducted raids on houses,internet cafes and coffee shops in the Üsküdar district of Istanbul. The officers were aided with the support of helicopters.

Turkish authorities have escalated their fight against the recently notorious bonzai drug, which has caused around 20 people's death in the last four months from its usage.

Bonzai, whose use has become widespread among the Turkish youth recently, is popular as it is a cheap and an easily accessible drug. The drug's effects range from speech loss to heart attacks and often lead to sudden deaths.