New survey finds Internet access on the rise in Turkey 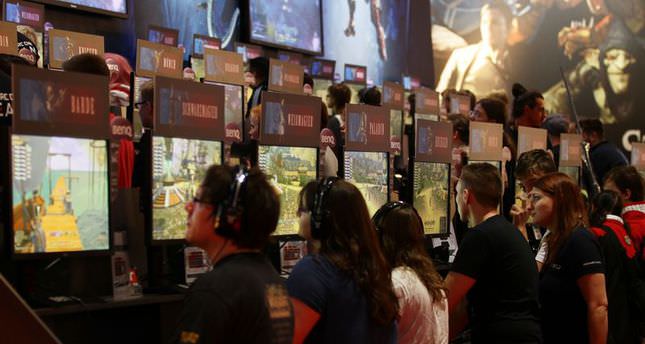 by Daily Sabah Aug 22, 2014 12:00 am
The Turkish Statistical Institute (TÜİK) published a new survey on Friday, showing a rise in Internet access and computer use in Turkey.
The state-run statistics watchdog announced the results of the survey conducted in April 2014 among people aged between 16-74. The results found that the percentage of household Internet access rose to 60.2 percent in April 2014 from 49.1 in April 2013.

The survey found that the percentage of computer users is 53.5 percent, with 53.8 percent being Internet users. Men took the lead in both categories.

Internet access and computer ownership were highest in the age bracket of 16-24. The survey found that the percentage of regular Internet users going online at least once a week rose to 44.9 percent, compared to 39.5 in April 2013.

On reasons of not having Internet access in the household, the survey found most households "did not need Internet access" while the rest indicated that high fees for Internet connectivity kept them from accessing it.

According to the survey, households with broadband Internet access rose to 57.2 percent while the remainder of population used connections at lesser speeds. Internet access is also most prevalent at home, and it is followed by access from the workplace, from other people's computers, wireless hotspots and Internet cafés.

The survey also found the use of mobile devices accessing the Internet rose to 58 percent, yet 28.5 percent preferring access via notebook computers.

Internet access was sought most for signing up to social media websites with 78.8 percent indicating so. It was followed by reading news, newspapers and magazines with 74.2 percent, looking up information with 67.2 percent, playing games, watching films and music videos with 58.7 percent, and sending and receiving e-mails with 53.9 percent.

The survey showed Internet usage to access e-government applications rose to 53.3 percent from 41.3 at the same period last year.

Although public Internet access in Turkey was launched in 1993, statistics show that households with Internet access rose from about 20 percent in 2007 to over 60 percent in 2014. The figures by Ministry of Transportation, Maritime Affairs and Communications show the number of Internet subscribers surged to 35 million by 2014 from only 20,000 in 2004. The country launched a new satellite in February that will deliver Internet to places that are geographically disadvantaged and do not currently have access to the Internet.