PKK denies it erected the controversial statue in Diyarbakır 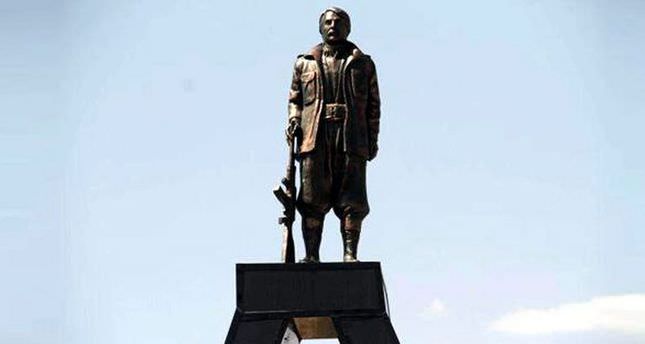 by Daily Sabah Aug 22, 2014 12:00 am
A senior leader of the outlawed PKK organization, Sabri Ok has said on Friday that the group has no knowledge over who erected the statue of the PKK militant Mahsum Korkmaz. The statue caused deadly riots in southeastern Turkish province of Diyarbakır, leaving two civilians and one Turkish soldier dead after a local court ordered its demolition.

"We don't know who erected the statue of Mahsun Korkmaz or the reason behind why it was put it up. This was not the group's call, during the peace process we didn't order any monument to be erected. Of course in the future, many of our fellows' statues will be put up and Kurdish people will witness it but, like I said during the process we had no call on something like that." Sabri Ok said in a statement.