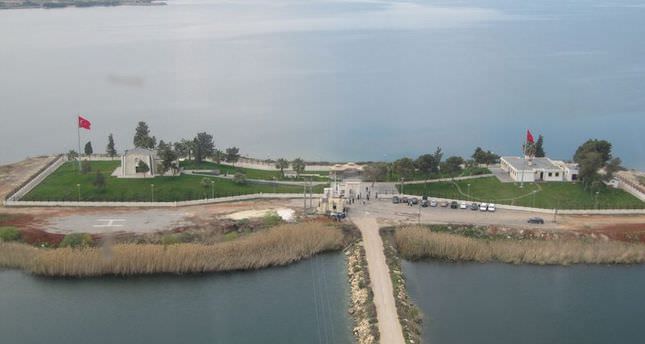 by Daily Sabah Aug 22, 2014 12:00 am
Allegations that a Presidential Palace member leaked information that the self pro-claimed Islamic State of Iraq and al-Sham (ISIS) was offering the release of Turkey's 49 consulate captives in exchange for the Süleyman Shah Tomb in Aleppo has been denied by Foreign Ministry spokesman Tanju Biliç on Friday.

Biliç stated, "Today, there was some news that the person who leaked the top secret information to the media was a Presidential Palace staff member, this news is completely false and imaginary. We refute the media associations for continuing on their fabricated publications about Turkish hostages, and invite them to act in accordance with ethics of journalism and press."

The Turkish Foreign Ministry has already denied the allegations about Turkey's exchange of the Tomb of Suleyman Şah for release of the 49 consulate captives.

The Tomb of Süleyman Shah is the exclave of Turkey settled on the Euphrates riverside in Manbij District. Under Treaty of Ankara signed with France in 1921, Turkey claimed the right to deploy soldiers on the territory and permanently guard it. The almost 11.000 square meter territory hosts the graves of Süleyman Shah, the grandfather of Osman I [the founder of Ottoman Empire] and his two bodyguards.