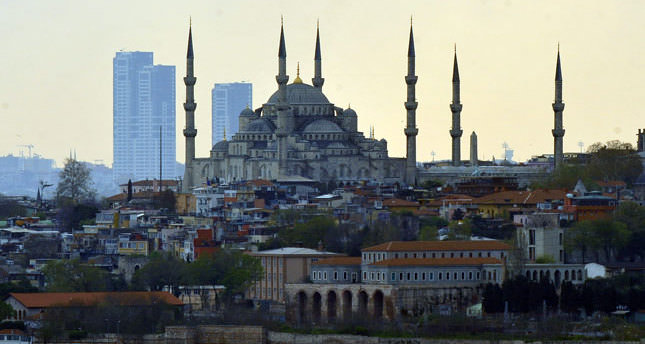 The debate over a group of skyscrapers named 16/9 in Istanbul's Zeytinburnu district came to a happy ending for their critics after Danıştay, Turkey's highest administrative court Council of State ("Danıştay"), issued a ruling that upheld a lower court's verdict for their demolition.
Turkey already set out to put an end to urban sprawl through new regulations. Professor Gürsel Öngören, head of a nongovernmental organization offering legal advice on urban redevelopment projects, says new regulations will prevent construction of buildings spoiling cities' skylines, and will bring a new approach to urban development.

Öngören said the court ruling will set a precedent and pave the way to prevent construction of buildings of that ilk in the future. "This is a positive development to end the urban sprawl, along with new regulations," he said. The skyscrapers were criticized for spoiling the city's skyline traditionally dotted with historical mosques and buildings.

The skyscrapers consisting of 37, 32 and 27-storey residences tower above Istanbul's historic peninsula that is home to Byzantine and Ottoman-era structures such as Süleymaniye, Sultanahmet (Blue) Mosque, Topkapı Palace, the Grand Bazaar and Hagia Sophia museum. The construction of the skyscrapers was criticized by then Prime Minister Recep Tayyip Erdoğan in 2013 who called on the owners to "trim" the high-rise buildings for spoiling the silhouette.

The new zoning regulations that came into force in June is a major overhaul of regulations regarding the development that has been in force since 1985. Öngören says the regulations will endorse sustainable development and help create quality, healthy and safe cities. "But most important of it all, residents in an area that will be redeveloped will participate in the process as they will be consulted when zoning plans are being drafted," he says. The regulations will also provide a legal basis for relocating shopping malls out of cities, far from residential areas, as well as other large buildings covering a considerable space such as warehouses and industrial facilities.

The regulations will also benefit places described as touristic destinations where population peaks in high tourism season. Spaces allocated for parking lots, for instance, will be increased in those cities and towns while infrastructure will be improved to serve the population both during the high season and low season. Zoning plans under the new regulations will make schools, parks, hospitals and cultural centers closer to wellpopulated areas. "They will be within a walking distance," Öngören says. Regulations open up more spaces for projects that create safe spaces for pedestrians, orders the construction of bicycle lanes adjacent to main roads and allocates parking spaces to be built around busy mass transit hubs.
Last Update: Aug 25, 2014 9:32 am
RELATED TOPICS