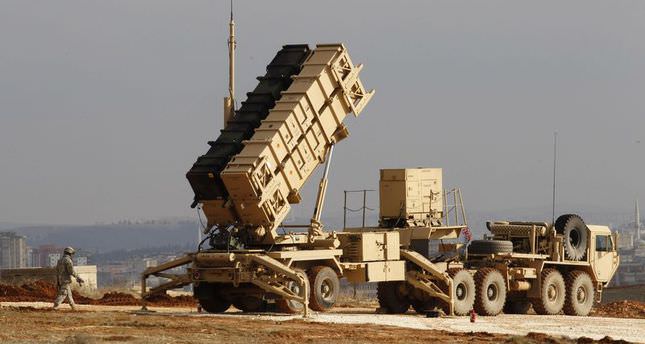 by AA Aug 26, 2014 12:00 am
NATO is working on substituting the Dutch patriot missiles mission in Turkey whose aim is to defend civilians near the Turkish-Syrian border from possible Syrian attacks.

"Turkey appreciates Netherland's alliance in the ongoing threat since January 2013. NATO is working on how to substitute the patriot missile mission," said a statement released by Turkey's Foreign Ministry on Tuesday.

On Monday, the Dutch House of Representatives announced the government's decision of not extending the patriot missiles mission in Turkey which was originally deployed in January 2013 in the face of possible threats from neighboring Syria. Originally a one-year mission, it was extended for another year on Turkey's request and will now end in January 2015.

The Patriot air defense system was deployed in the southern Adana province on January 26, 2013. In the first stage, the year-long defense system consisted of 250 troops.