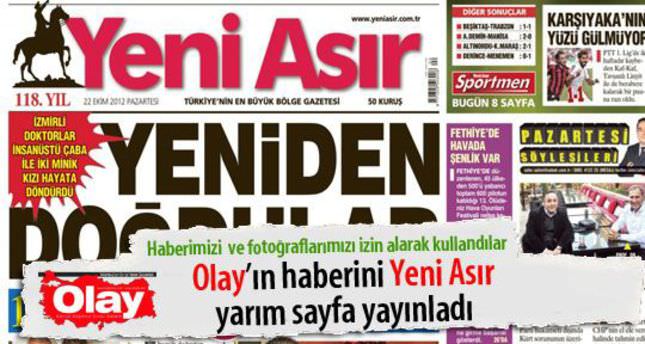 The paper's name literally meaning "new century," is known for novelties it introduced to the Turkish press and for being the first daily where many prominent Turkish journalists started their careers. It was the first newspaper to switch to computerized page design and publish classified ads. Yeni Asır has been the most well-known regional newspaper in the country since its early years.
Last Update: Aug 29, 2014 2:52 pm
RELATED TOPICS