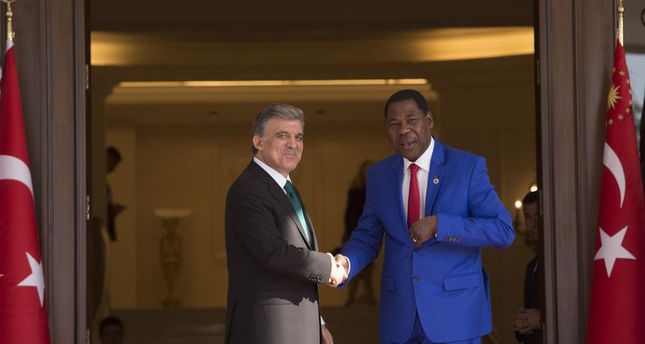 by Daily Sabah Aug 28, 2014 12:00 am
Foreign representatives from more than 90 countries attended President Recep Tayyip Erdoğan's inauguration ceremony at the Turkish Grand National Assembly (TBMM). Foreign guests first attended the oath-taking ceremony then arrived at Çankaya Presidential Palace for the handover ceremony where Erdoğan took the presidential post from outgoing President Abdullah Gül. Following the ceremony, guests were hosted at the presidential reception given by Erdoğan.

Commeting on Nalbandyan's visit, Daily Sabah columnist Taha Arvas said, "The significance of the presence of Eduard Nalbandyan, the foreign minister of Armenia, at the transfer-of-power ceremony between former President Gül and President Erdogan, cannot be overstated and is a signal of things to come. "

"The 'zero-problems' policy of Prime Minister Ahmet Davutoglu, focused on improving relations with all neighbors, and it appears this policy will continue to be the tone of the government under the stewardship of newly elected President Erdoğan," Arvas added.