Officials warn of more power cuts in the southeast 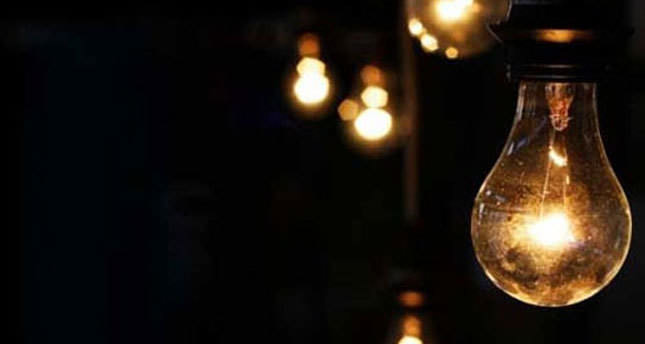 by Daily Sabah Aug 29, 2014 12:00 am
Mehmet Gökay Üstün, a spokesman for the privately-run Turkish company supplying electricity to Turkey's southeast, said the power outages in the region will continue despite persisting protests by locals. Üstün said at a press conference yesterday that they cut off power due to illegal electricity usage and unpaid bills and if they could not reach the level they aimed for in eradicating illegal usage and unpaid bills, the power outages would continue.

"We have high consumption levels here in the southeast compared to other regions and we fight a high level of illegal usage reaching up to 75 percent. Through illegal usage, people irrigate their fields more than the lands need and waste energy resources. Excessive use of electricity led to electricity network malfunction and in turn, to power outages," he said. Üstün said that 19.3 billion kilowatt-hours of electricity was used per year in the region and 8 billion of this was "surplus."

He said the company offered incentives to subscribers, particularly farmers, to pay their bills and that protests would not resolve the problem. "We already reached a deal with a large number of farmers to resolve the issue and we hope to conclude the deal with the rest as well," he said, adding that they have also been continuing to improve the infrastructure to prevent power outages.

Farmers staged a protest against the power outages in the southeastern province of Mardin earlier this week. They complain that they cannot irrigate their lands due to the power cuts. Use of illegal electricity has been widespread in the southeastern and eastern parts of Turkey for the past three decades.
Last Update: Aug 29, 2014 11:03 am
RELATED TOPICS