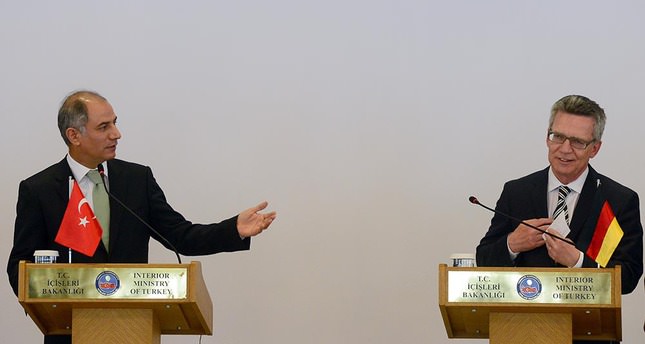 by Aug 30, 2014 12:00 am
The interior ministers of Turkey and Germany met in Ankara, local media said Saturday, following reports this month that Berlin routinely spied on its NATO ally.

News magazine Der Spiegel reported two weeks back that Germany's BND intelligence agency had spied on Turkey since 2009 and that the operations were probably still ongoing.

Ala was quoted by state-run Anadolu news agency as saying the allegations that Ankara was being snooped on by Berlin were "unacceptable."

De Maiziere was quoted as saying spy agencies should not "have the right to do whatever they want."

Turkey's Foreign Ministry summoned the German ambassador in Ankara, Eberhard Pohl, after the report came out.

Der Spiegel's report also said the BND had tapped the phones of US Secretary of State John Kerry and his predecessor, Hillary Clinton.