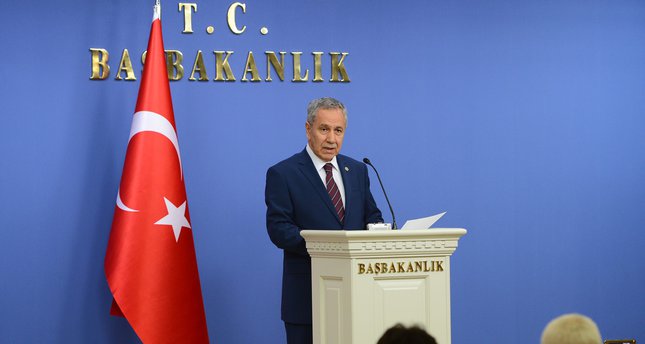 Deputy PM Arınç stated that United States' Charge D'affaires was invited to the Ministry of Foreign Affairs to discuss and provide explanation regarding the allegations that the United States intelligence National Security Agency (NSA) has spied on Turkey.

In regards to the situation of Turkish hostages held by ISIS, "They are alive, and their location is identified as our officials are continuously keeping contact with them," said Arınç.
Last Update: Sep 01, 2014 5:06 pm
RELATED TOPICS