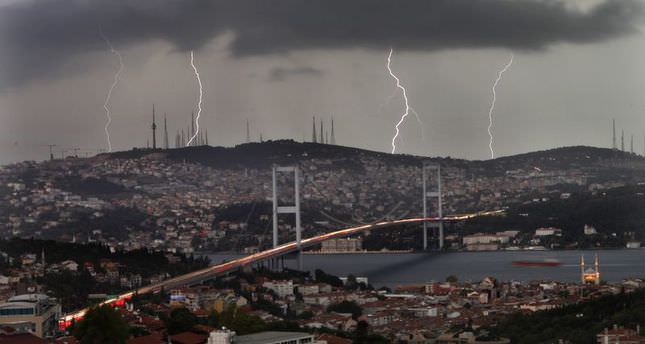 by Sep 03, 2014 12:00 am
The Marmara region should expect heavy storms, rain, and tornado on late Wednesday, according to the General Directorate of Meteorology.

Ferry schedules might also be adversely affected, according to officials.

Heavy rains will persist in the regions of Marmara, Aegean, and the Black Sea until the end of the weekend, according to weather forecasts.

Capital Ankara is expected to get heavy rains by late Wednesday evening.

Temperatures, on the other hand, are expected to stay more or less the same.