Syrians to be tracked by biometric IDs 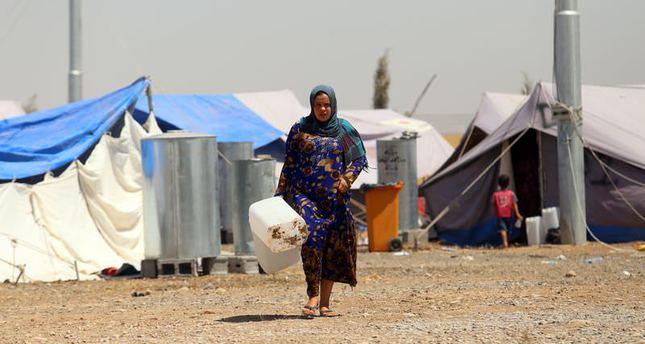 by Daily Sabah Sep 03, 2014 12:00 am
Officials from Turkish Prime Ministry's Disaster and Emergency Management Authority (AFAD) said yesterday that they completed the biometric registration of 740,000 Syrians in the country that hosts about 1.1 million displaced Syrians. AFAD hosted a symposium yesterday that was attended by deputy governors from around the country to address the problems related to displaced Syrians.

AFAD officials said that 220,000 Syrian "guests" stay in 22 accommodation facilities including tent camps in 10 provinces and they would implement decisions taken at a recent high-level summit on Syrians as soon as possible. The government officials and local authorities had convened last week to resolve the issues displaced Syrians faced in Turkey after the unrest broke out in several cities against Syrians.

The majority of Syrians who took shelter in Turkey do not live in camps provided by the state. Rich Syrians buy or rent houses in big cities while impoverished ones turn to begging, low-paid jobs and, sometimes, to crime to look after themselves, giving rise to anti-Syrian sentiment among the Turkish public.Through biometric registration, Turkey plans to monitor Syrians closely and to address their problems more effectively.