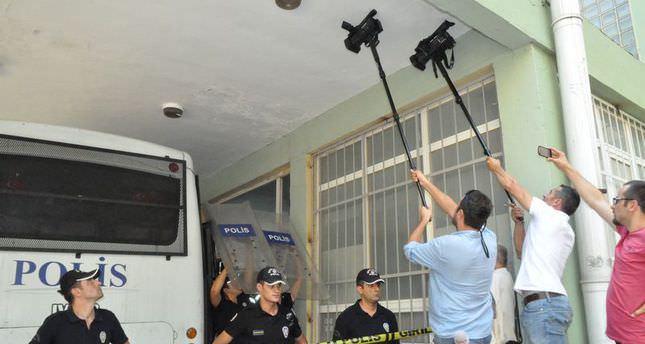 by Daily Sabah Sep 07, 2014 12:00 am
470 police officers linked with the Gülen movement have been stripped off their ranks after facing charges of stealing the questions of the commissariat test, the daily Yeni Şafak reported on Saturday.

National Police Department took an action against the Gülen-linked police officials who were proven to have cheated during a test which determines the ranks of officers by an inspector report and thus stripped them from their ranks.

The investigation that had been ongoing for a while about the police officials has been concluded as the Interior Ministry and the inspectors at the Prime Ministry revealed that 470 people cheated during the exams that took place in 2009, 2010 and 2011. These police officers were degraded to their former posts due to perpetrating an illegal act.

The National Police Department has sent a statement to the governorates of 30 provinces regarding the cheating of these police officials, including Gaziantep, Bartın, Istanbul and Ankara. It has been revealed that 45 officials in İstanbul and 25 in Ankara are amongst the 470 de-ranked officers. Stripping the ranks off officials is expected to continue in the following days in an expanding investigation.

Fixing the irregularities within the police department began shortly after the government conducted an operation against Gülen-linked police officers in which dozens of police officers were arrested for carrying out illegal wiretapping activities for espionage purposes.