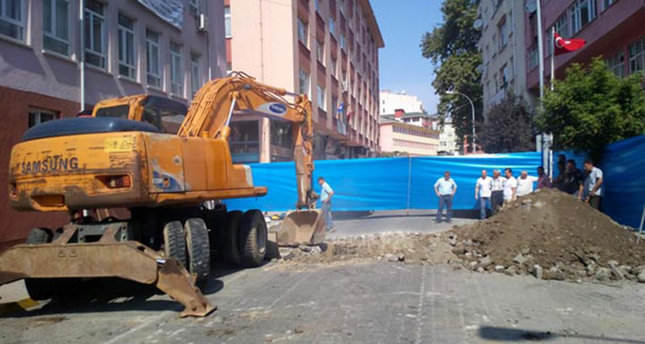 by Anadolu Agency Sep 08, 2014 12:00 am
A treasure hunter began an excavation on a main street in the northern Turkish city of Rize on Monday, to the amazement of locals waking up to a street enclosed with plastic fences.

Orhan Eskiçırak, 65, received permission from authorities to excavate a road believed to be paved over treasure that he claimed to belong to Greeks living in the city in past centuries. Excavators are digging up the street amid curious and sometimes angry looks from locals living or passing through the busy street.

Eskiçırak told reporters a relative of his was working as a road maintenance worker in the 1980s and discovered a small room under the street. He said the man covered up his findings and did not touch the "gold and golden statuettes in the room." "We couldn't find a chance to start excavation but we finally concluded our application to the authorities," he said.