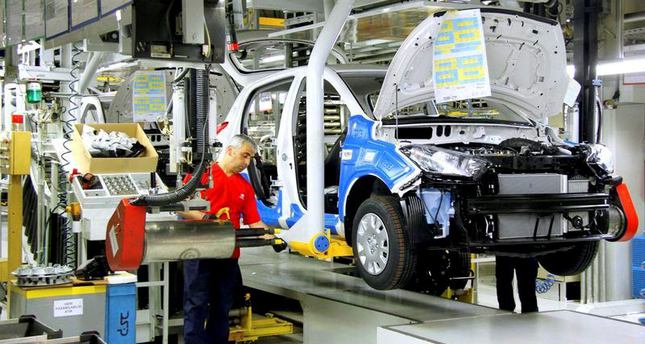 Manufacturing industry and electricity, gas, steam and air conditioning supplies made the largest contribution to industrial production in July - something experts said was a result of favorable weather conditions and demand for Turkish products from foreign countries. Mining and quarrying output, however, fell by 2 percent.

In the first quarter, Turkey's economy grew 4.3 percent, but it is expected to see a slowdown in the second quarter.

Analysts predict that the country's economy grew by 2.8 percent in the second quarter of 2014, according to Anadolu Agency's 'Growth Expectation Survey' released on Friday.