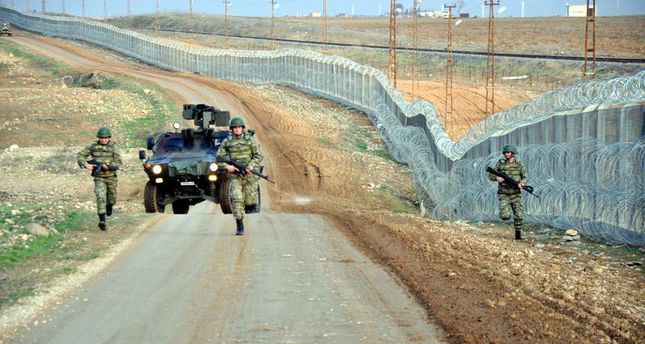 by Daily Sabah Sep 09, 2014 12:00 am
A group of 70 smugglers carrying sacks of unidentified materials attempted to cross the Turkish-Syrian border to the southeastern town of Reyhanlı of Hatay Province in Turkey, according to a statement from the website of the General Staff of the Turkish Armed Forces (TSK).

The smugglers were warned to stop yet, as the group ignored the verbal warning, the Turkish military unit from the Bükülmez military outpost fired warning shots into the air to stop the group, after which the smugglers retreated in the direction of Syria, the TSK statement said. After a while, unknown assailants opened fire on Turkish soldiers with Kalashnikovs from the Syrian side, the statement stated. The Turkish military fired back into Syria in retaliation. Following the Turkish soldiers' counter attack, the assailants fled in the direction of Syria, resulting with the prevention of the smuggling attempts, the TSK statement said. The Turkish Army has been effectively working against any smuggling activities on the Turkish-Syrian border for years. The border zone between the two countries has become more crucial since the start of the civil war in Syria.