Yalova battling drought as only a days supply remains 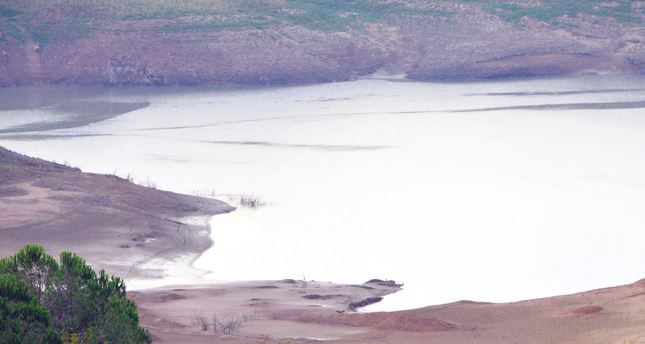 Hit by drought, the northwestern city of Yalova has only one day of water left in its reservoir, though authorities have announced that additional resources will be mobilized against the water shortage

The city, some 178 kilometers south of Istanbul, faces a dire water shortage, with supplies sufficient only for one day. Authorities note that the main supply will dry up by Thursday "at best." Locals are assured however that the additional water supplies will be launched in time.
Yalova, a city of 220,000, is subject to regular water shut-offs to save the rapidly deteriorating water level in Gökçe Dam, the main source of water. In addition, authorities plan to launch the flow of water from a stream and several boreholes before Thursday.

Ömer Nergiz, head of city's main water authority, told Anadolu Agency that his authority and local administrators were looking for solutions to the critical shortage. "As a matter of fact, Yalova had only enough water for three days," he said on Monday. "But we have dead storage in the reservoir that our staff is working on. We might make use of it and supply water to the city adequate for 10 days," he added. Nergiz said that the Yalova Governor was in talks with authorities in neighboring cities to pump water from those cities to Yalova.

He stated that the water supplies from Kurtköy stream and from boreholes that will be pumped to the water grid would address the need "for half of the city" and the rest would be compensated with water saved by ongoing shut-offs.Although the water supplies will be back to their previous levels, shut-offs will continue, Ömer Nergiz said. "Even if we have water enough for at least three months, we will continue the shutoffs to save more," he said.

Profligate locals such as "shop owners generously pouring water in front of their shops for cleaning," - a deep-seated tradition of small Turkish enterprises - contribute to wasteful use of water according to Nergiz. "Citizens should be thrifty and we constantly warn them as part of an awareness campaign on water resources. Yet, it apparently did not have an effect on the public," he said.

Nergiz said average water consumption per individual was 170-180 liters in Istanbul and other Turkish cities while it is "about 500 liters" in Yalova.
A heavy rainfall gripped the city on Sept.6 but it is not clear yet whether it would help addressing the water needs of the city.

Climate change and wasteful use of water resources, particularly in irrigation, raised concerns in Turkey about a severe drought. Water levels in dams sporadically drop significantly, only to be filled again with sudden bursts of rainfall. The goverment reassured the public that the country and its most populated city Istanbul will not face a water shortage with measures such as additional facilities including dams and an improved network of water pipelines facilitating the transportation of water to places remote from resources or with scarcity in their reservoirs.

Since Sunday, downpours have been pounding many cities in the country including Ankara and Istanbul. Nevertheless, the heavy rainfall may not be sufficient to compensate for deteriorating water levels as experts warn the rainfalls are being followed by lengthy dry spells contributing to fast vaporization of accumulated water.