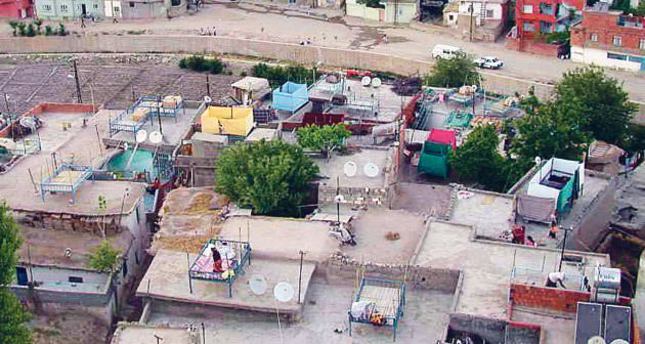 by Daily Sabah Sep 10, 2014 12:00 am
Despite warnings and fatalities, locals in southeastern Turkey continue to sleep on roof tops. Sleeping on the flat roofs of the houses is common in Diyarbakır and other provinces where the stifling heat makes it difficult to sleep indoors. The roofs often lack railings and other protective measures and many, especially young children, fall off while asleep near the brink of the roof that is already filled with their large families.

In Diyarbakır alone, 13 people plunged to their death when they fell from their roofs this year while 23 people died in 2013. Figures show 1,477 people were injured in rooftop falls in Diyarbakır and the southeastern province of Mardin over the past two years. Locals explain that they can't afford to build protective enclosures on the flat roofs so they continue sleeping there despite the apparent danger.