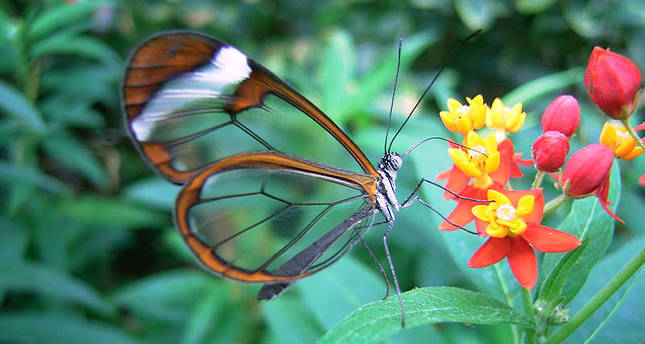 by Daily Sabah Sep 11, 2014 12:00 am
Turkey's Ministry of Forestry and Waterworks held a workshop Wednesday in an attempt to prevent biosmuggling - the smuggling of plants and animals that is endemic to Turkey.

The illegal activity is popular among foreigners who secretly collect rare plants and animals, and smuggle them out of the country.

Speaking at the workshop held in the central Turkish city of Kayseri, Hüsniye Kılınçarslan, a senior official from the ministry's department specializing in biosmuggling, said Turkey, as a country located between Europe, Asia and Africa has a diverse ecosystem with species from three continents as well as rare ones. She noted that bio smugglers smuggled everything from local animal breeds, plants used in medicine, butterflies, edible plants, insects, frogs, tulips and reptiles for several purposes. Smuggled animals and plants are used for genetic research, medicine production and other lucrative fields.

Outlining the smuggling activities, Kılınçarslan said people, especially from European countries, traveled to Turkey posing as tourists to smuggle endemic animals, especially insects and poisonous snakes to use them in genetic research.

She said animal smuggling is concentrated in the mountains in the northwest, central, eastern and southern part of Turkey where rare species live. "For instance, smugglers from Switzerland, a country advanced in medical research, obtain vipers to use their poison for medicine production," she said.

Insects, including butterflies, are the target of smugglers from Russia and Eastern European countries. Butterflies are smuggled mostly for collection purposes while insects such as cockroaches are used for the production of antibiotics.

Alliaceous plants such as tulips are popular among smugglers from the Netherlands while some species of wheat are smuggled to Japan for genetic research.

Hüsniye Kılınçarslan said that it was difficult to detect biosmugglers easily and most of them are captured through public tip-offs and urged citizens to remain aware of any suspicious activities regarding endemic species.The smuggling of endemic plants and animals has increased in recent years, or rather, has become more known thanks to an awareness campaign by authorities to prevent smuggling with the aid of citizens. Authorities admit the fines issued under a law to protect the environment are not a strong enough deterrent and pledged to introduce new regulations with heavier sentences against biosmugglers. The government launched a project against biosmuggling in 41 cities and the project will be upgraded to a nationwide level in 2015. The government has earmarked a budget of TL 1.5 million ($683,355) for the project that includes legal and administrative measures against smuggling in a campaign to raise awareness against the smuggling and gather public support against the smugglers.