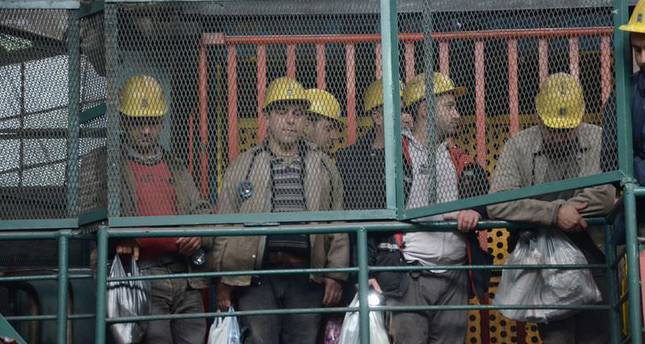 by Daily Sabah Sep 11, 2014 12:00 am
State-run Turkish Coal Institution (TTK) is facing charges of security violation in one of its mines located in Zonguldak province in which the doors and elevators are reported as locked after workers enter the mine.

The procedure of locking the elevators and doors after the workers go in the mine reportedly began in 2011 to enhance the efficiency and production in the mine.

A labor union of miners reportedly took the case to the court as the workers of the mine achieved the results through the protests they staged against the procedure.

The petition submitted to the court by the union claimed that TKK was acting against the regulations by locking the emergency doors and violating security and health at the mine thereby.

The court is reportedly awaiting the TTK's defense.

The Soma mine accident, in which 301 people died, raised concerns over job safety. Prosecutors sought the arrest of Alp Gürkan, owner of Soma Holding, who owns the company that operates the mine, on suspicion of negligence following the accident.