Large-scale earthquake to hit Istanbul near the islands 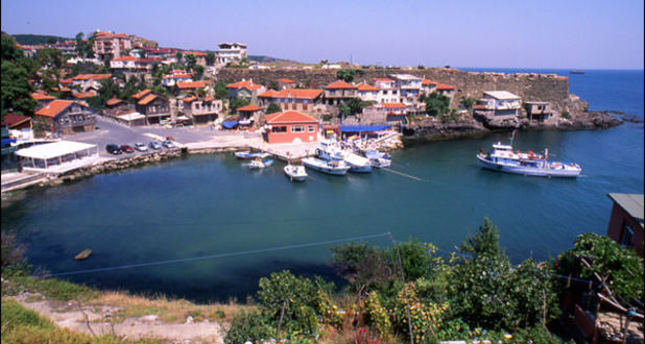 by Daily Sabah Sep 12, 2014 12:00 am
American and Turkish scientists announced that the epicenter of a future devastating earthquake in Istanbul would be near the Princes' Islands, an archipelago off the city's southern coast.

Scientists from the Massachusetts Institute of Technology (MIT) and Istanbul's Kandilli Observatory and Earthquake Research Institute conducted a joint research study on a much-feared "great earthquake" that has been predicted by numerous experts to hit Turkey's most populated city in the future.

The study found that the epicenter of the next big earthquake to rock the city would be some eight kilometers away from Istanbul's southern coast, in a seismic gap near the Princes' Islands. The archipelago is composed of nine large and small islands including three popular tourist islands of Heybeliada, Kınalıada and Büyükada.

Analyzing seismological data by 100 GPS devices placed along a fault line below the Sea of Marmara, scientists found a buildup of tension on the fault line.

A seismic gap is a segment of any active fault line that is a breeding ground of major earthquakes that do not release tension over a extended time period. Scientists say the seismic gap near the islands was the scene of an earthquake 250 years ago and has been "slipping" since then without causing a large-scale earthquake.

Michael Floyd from MIT's Department of Earth, Atmospheric and Planetary Sciences, says they predicted that North Anatolian Fault moves at about 25 millimeters per year. The fault line is one of the most active fault lines in the world, and stretches across an area of about 1,200 kilometers across northern Turkey and into the Aegean Sea in western Turkey.

The scientists say it is impossible to pinpoint the exact time of the earthquake, but it is expected to hit Istanbul in the next few decades and would likely be at a magnitude of 7.0 or higher on Richter scale.

Noting earthquakes are unpredictable, scientists warn people to be prepared for the next big earthquake.

Istanbul, a city of at least 14 million people, is located at the western end of the North Anatolian Fault. On Aug. 17, 1999, a 7.4 magnitude earthquake hit the cities just east of Istanbul and over 17,000 people were killed, including at least 300 people in Istanbul's Avcılar district. Scientists have warned that Istanbul will be the epicenter of next major earthquake as a strain of tension building up along the fault line is moving west.

Michael Floyd says the accumulated tension may be emitted in smaller earthquakes though he cites a historical pattern of the temblors show Istanbul will be the most likely epicenter.

The 1999 earthquake forced Turkey to revise its measures against earthquakes. The county has seen an overhaul of measures against the earthquakes such as compulsory earthquake insurance and campaigns to raise awareness about the disaster to inform the public. More importantly, the new government undertook an ambitious project of urban transformation. The old, crumbling buildings across the country are being demolished in order to accommodate new earthquake-proof buildings.

The measures are more or less in place, but the country is still prone to a major earthquake risk. Experts warn that about 30,000 buildings in Istanbul will be either heavily damaged or completely demolished in the case of a large-scale earthquake dubbed as the "great Marmara earthquake" – after the region where Istanbul and other big cities are located.