At least 13 dead in bus crash in southern Turkey 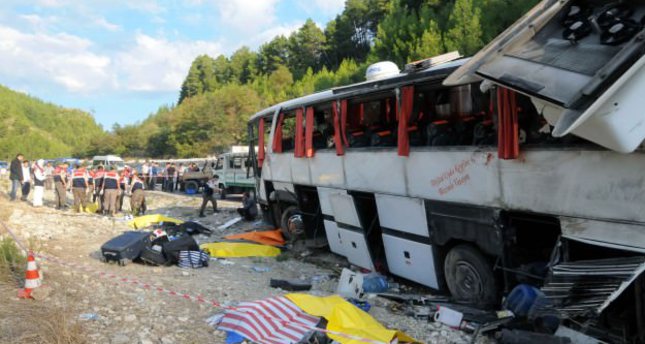 by Sep 14, 2014 12:00 am
13 passengers were killed and 31 others were injured in a bus accident that took place on Antalya- Isparta highway on Sunday.

The accident reportedly took place on Antalya- Isparta highway around 5.45 a.m on Sunday, after the passenger bus went out of control and rolled off the road at the highway's Çobanpınarı connection.

The governor of Burdur province Hasan Kürklü, informed the journalists over the accident after arriving at the scene.

The initial reports show that 13 people were killed in the accident and 31 were injured. Kürtlü said the injured were taken to various hospitals in Isparta, Bucak and Antalya and the condition of six injured passengers was critical.