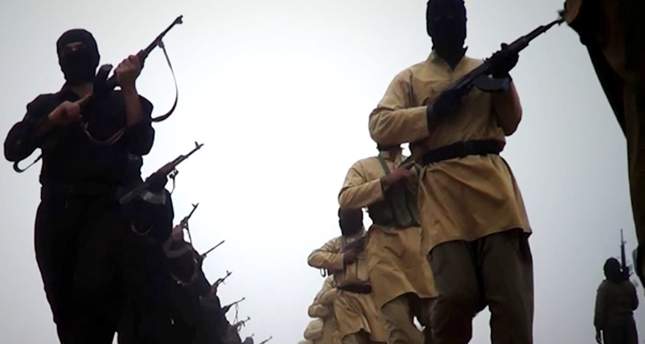 by Daily Sabah Sep 14, 2014 12:00 am
After Turkey was accused by several Western media outlets in the recent weeks for being a highway for jihadists and criticizing Turkey for not taking preventative measures for allowing extremists to pass over Turkish borders to the ongoing wars in Iraq and Syria, now several domestic media outlets are reporting claims that commanders and fighters of the self-proclaimed Islamic State of Iraq and al-Sham (ISIS) have received treatment in Turkish hospitals.

There are ongoing accusations from Republican People's Party (CHP) deputies and several domestic media outlets that ISIS commanders and fighters received treatment at Turkish hospitals close to the Syrian border. The accusation was printed in the Taraf daily, a newspaper sympathetic to the Gülen Movement. The accusation was based on information from a source in the police department without giving any specific details.

Last week, Taraf printed a photograph of a wounded bearded man receiving treatment at a hospital in Şanlıurfa province and claimed that the name of the person was Abu al-Waleed al-Libi, an ISIS field commander. However, this claim had been denied by the Şanlıurfa Police Department.
"We ascertain that there is no tangible evidence about the person in the photo having had treatment in the public or private hospital of Şanlıurfa.

Besides, it is unclear where and when that photo was taken, the reports of those newspapers are fabricated apparently," an official from the police department told the press. Moreover, Iraq's government sources announced last week that they killed the person who was said to be receiving treatment in Turkey.

Despite continuous accusations of Turkey facilitating ISIS, no evidences have been shown to prove that Turkey aided ISIS or the al-Qaida affiliated al-Nusra Front, both of which are listed as terrorist organizations in Turkey.

As for treating wounded Syrians, a Turkish official recently spoke on the condition of anonymity saying that even Syrian regime soldiers were treated in Turkey. Analysts say that it would be a great expectation for Western media to understand Turkey's "compassionate diplomacy" while it overlooks the massacre in Gaza or dissembles the ongoing tragedy in Syria.