Ministry of Education to open prayer rooms in schools 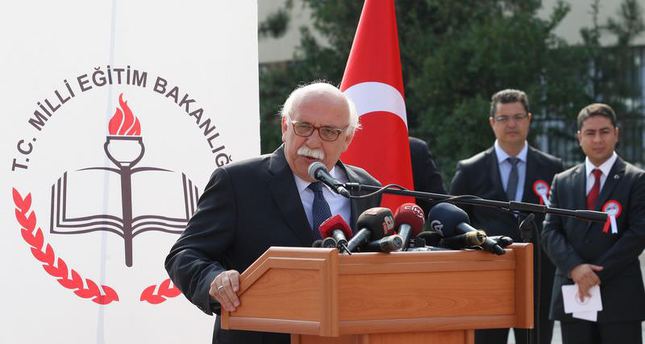 by Daily Sabah Sep 15, 2014 12:00 am
Turkey's Minister of Education Nabi Avcı said on Monday that improving the qualifications of teachers is their top goal this year in an opening ceremony of the education year.

Avcı also said in the ceremony in Istanbul that they are contemplating opening prayer room in schools where it is demanded. He stated that some schools have places that teachers and student can pray but those places are mostly in the basement and not in good conditions.

Answering a question whether opening prayer rooms would be an obligation for schools he said, " It depends on demand but of course praying is not a requirement in schools."