12 more detained as part of Soma mine investigation 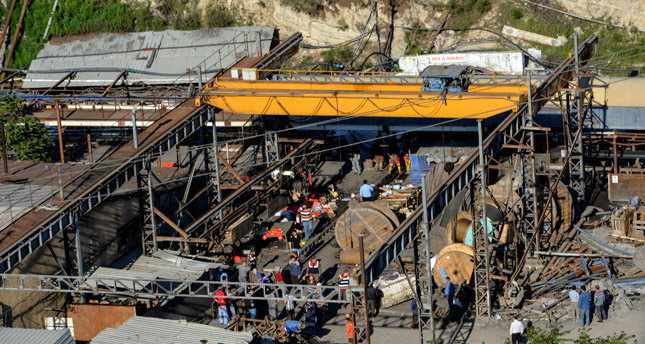 by Daily Sabah Sep 19, 2014 12:00 am
Twelve more officers of Soma Mine Company have been detained as part of the investigation into the Soma mine accident in which 301 miners were killed in May, media reported on Friday.

A second expert's report over the Soma mine accident was submitted to the chief public prosecutor's office on Thursday, prompting the prosecutors to order custody for 12 more suspects.

The suspects who work in the Soma Mine Company were detained as part of the investigation into the controversial Soma mine disaster. The suspects are reported to be responsible for monitoring the security cameras and sensors in the mines.

The number of the suspects to be detained may increase according to the media reports.

Acting Chairman of Soma Holding Can Gürkan, together with some of his senior executives, were sent to jail pending an investigation into the disaster, roughly four months ago.