ISIS threatens Turkish consul with gun pointed at his head 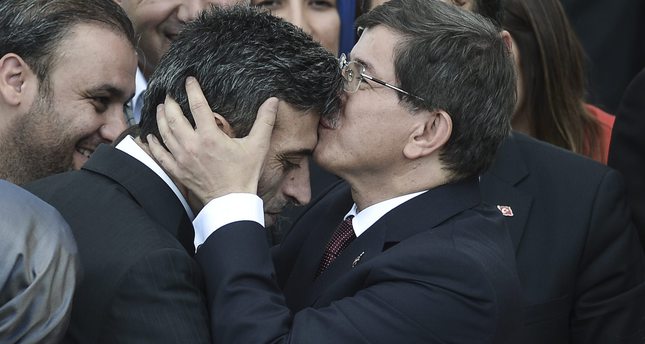 by Daily Sabah Sep 20, 2014 12:00 am
The 49 hostages who were held by the self-proclaimed Islamic State of Iraq and Sham (ISIS) militants in Iraq's Mosul city was freed in an operation that was completed early on Saturday. One of the rescued captives from consulate staff has spoken to a news channel stating the Turkish consul resisted ISIS militants with a gun pointed to his head.

Alptekin Esirgün, one of the released captives, said, "Consul Yılmaz faced great difficulty. ISIS militants have tried to force him to make a statement by putting a gun to his head two or three times. Despite the situation he was faced, consul resisted them and managed the process well."

Another freed captive, Derviş Öztürk spoke to a correspondent saying, "Our consul has told the ISIS militants 'You can shoot me, but I will not allow you to degrade the pride and honor of Turkey'."