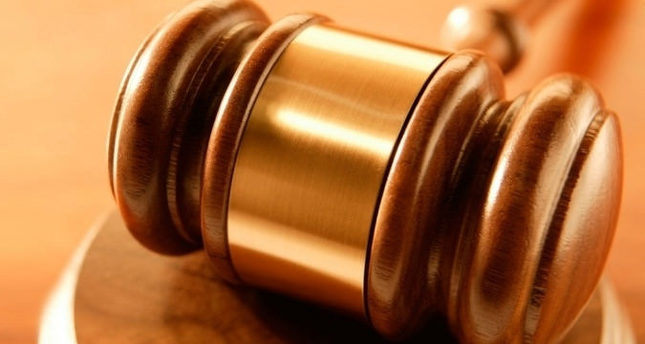 by Daily Sabah Sep 20, 2014 12:00 am
In a controversial ruling, Turkey's Supreme Court stated a stonewielding protester executed his right of freedom of expression and overturned a sentence by a lower court.

The 9th Criminal Chamber of the Supreme Court assessed an appeal to the sentence for N.K. - identified only by his initials - who was charged for participation at a rally while wielding a stone, apparently with intent to throw it at security forces according to a report in the Milliyet daily. In its verdict, the Supreme Court said the suspect was simply executing his right to express his opinion in the violent protest and asked the lower court to postpone the sentence.

The suspect was detained in 2011, at a rally in the southeastern Turkish province of Diyarbakır in protest of then-Prime Minister Recep Tayyip Erdoğan. Demonstrators had hurled stones at riot police attempting to disperse their unauthorized rally.

Authorities filed a lawsuit against N.K. on charges of violating the law regulating rallies and assemblies on the grounds that the rally was unauthorized. An indictment by prosecutors claimed the suspect took part in an illegal rally and joined "propaganda by the terrorist organization," referring to the PKK whose supporters organized the rally. The indictment also said N.K. was among suspects "who repeatedly threw stones on security forces." A court in Diyarbakır sentenced him to 10 months in prison initially but later reduced it to a fine of TL 5,000 ($2,246).

The Supreme Court cited a legal amendment for crimes regarding freedom of expression perpetrated before Dec. 31, 2011, as the rally was in June, and said the amendment necessitated a suspension of the sentence. In its verdict, the Supreme Court said that suspect's action should be described as "a method of expressing opinion" under the current laws and his sentence suspended as it was covered by the amendment.

The local court responded by saying that although it was not evident that the suspect was throwing stones, he was caught with a stone in his hand and his action contradicted the law regulating freedom of expression. However, the local court's appeal was rejected by the Supreme Court that ruled for the suspension.
Last Update: Sep 22, 2014 10:53 am
RELATED TOPICS