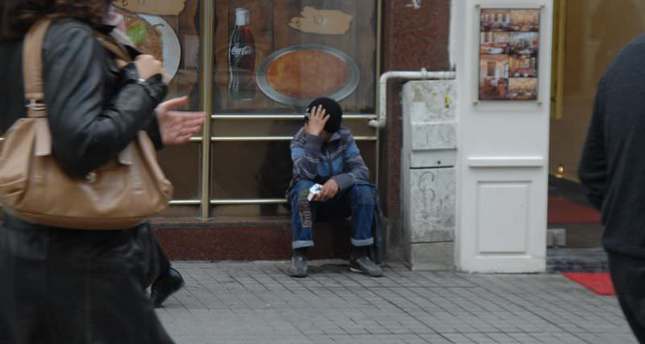 by AA Sep 21, 2014 12:00 am
Turkish National Police announced that the rate of crimes perpetrated by Syrians living in Turkey did not rise over 0.33 percent since 2011. The police statistics denied the pretext of unrest against Syrians in the country.

Syrians were mostly involved in the forgery of official documents according to the statistics. This is followed by bodily harm, theft, illegal labor, sex crimes and homicide. As for the first six months of 2014, Syrians were either suspects or victims in 11,136 incidents out of 1.1 million criminal incidents.

Figures back the statement in the final declaration of a government summit in August held over the public unrest over Syrians. The declaration has said Syrians' involvement in crime was lower than claimed, but "a discriminatory view" of Syrians contributed to mass riots against Turkey's "guests" even in the case of a petty crime.

Professor Talip Küçükcan, a Middle East expert from Istanbul's Marmara University, said immigrants and refugees have always been the most vulnerable groups in the world subject to the highest prejudice by people of their host country. He said the prejudice was rife against those groups blamed for a tendency to engage in criminal activities, resistance to adaptation to life in the host country, lack of education and wasteful use of resources given to them. "It is obvious that there are attempts to stoke such prejudice in Turkey," he added, referring to the unrest particularly in Turkish provinces bordering Syria that hosts a large number of displaced Syrians.

Küçükcan said preconceptions about Syrians in Turkey were mostly about their involvement in crime and their contribution to unemployment in the country, as employers use them as cheap labor. He said field studies and statistics contradicted the commonly held views. "The allegation that they have a criminal tendency and increased crime rate is largely baseless. Moreover, we cannot explain away this allegation merely by prejudice. It is beyond that and it is a reflection of a hidden racism," he said. Küçükcan claimed the anger against Syrians was also a part of attempts to "influence Turkey's domestic policies." "[Riots] seek to fuel ethnic and sectarian tensions in cities with a large Syrian population," Küçükcan said.

He pointed out that treatment and control of a high number of displaced Syrians not living in the country's camps for the displaced was very important. "As their number rises, so does their visibility. Even [though only] a few [are] involved in a crime, panhandling or illegal labor, this is presented as common among Syrians," he said. Küçükcan said any mistake in handling the issue would risk further attacks against Syrians.

Oytun Orhan, another Middle East expert, said it was worth noting that the Turkish public did not react severely to Syrians migrating to their cities in the first couple of years of the influx of Syrians into the country, adding that the public has been mostly helpful, hospitable to them. Orhan added that as the civil war prolonged, the Turkish public started thinking that Syrians would extend their stay, which made them start to react to them.

Turkey is the primary host for Syrians displaced by four years of civil war. Turkey has provided Syrian citizens with tent camps and state-of-the-art "container cities," which were praised by the international community for their exemplary conditions. Yet, the Turkish government has had difficulty looking after others who are unable or unwilling to stay in the crowded camps with limited resources and little aid from other countries as the number of Syrians in the country surpassed 1.3 million mark. While those with a relatively good income start up new lives in Turkish cities by setting up businesses and buying houses, most Syrians displaced by the conflict are those from low-income families. They live in squalid conditions in abandoned buildings and parks and work for long hours in low-paying jobs without any social security.

In the summer, a string of riots against Syrians erupted in Gaziantep, Kahramanmaraş and other Turkish provinces located along the Turkish-Syrian border. Denouncing Syrians' crimes, hundreds have taken to the streets in protest in those provinces and attacked Syrians. Local authorities were forced to send Syrians targeted by angry crowds to tent camps in other cities while some Syrians fearing attack left the cities at their own will or removed Arabic signs in the shops they opened in the border provinces.