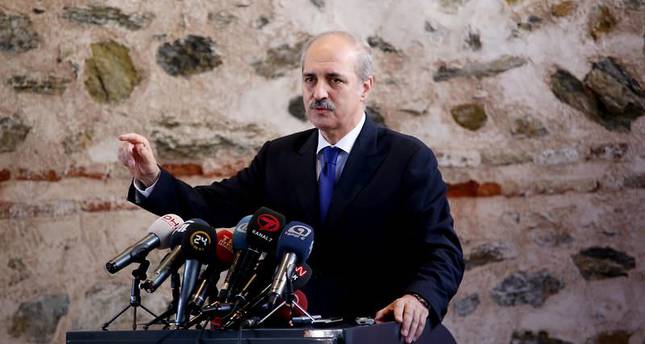 More than 130,000 Syrian Kurds fleeing an advance by self-proclaimed Islamic State of Iraq and al- Sham (ISIS) militants have crossed into Turkey in the past three days and the authorities are preparing for more, Turkish Deputy Prime Minister Numan Kurtulmuş said.

Kurtulmuş issued a statement on Monday informing the media outlets over the number of Syrian Kurds crossing to Turkey. He said the number of the refugees crossing Turkey went beyond 130,000 and added he hoped the country does not face a larger wave of refugees, a possibility for which he said they were also prepared.

"We are prepared for the worst scenario, which is an influx of hundreds of thousands of refugees," Kurtulmuş told reporters in the capital Ankara.

"Measures have been taken for the issue. We allocated an area inside the Suleiman Shah Park to place the refugees.The refugees are registered from two main entry points, in a more organized manner than Saturday's registration. Most of the refugees are sent to where their families are and some of them are sent elsewhere. Everything is under control. There is no need to worry" Kurtulmuş added."