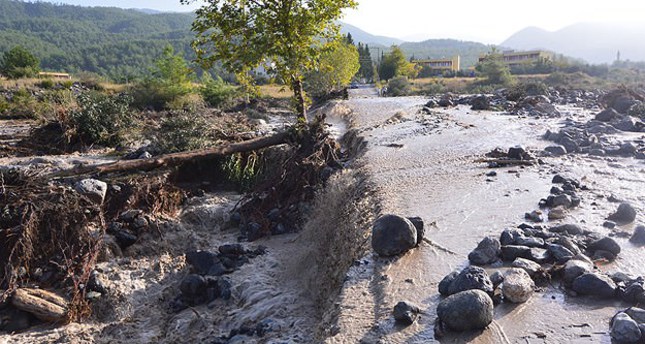 by Daily Sabah Sep 25, 2014 12:00 am
Floods in the aftermath of torrential rains killed a 59-year-old man and an unidentified woman in Erzin, along with two others in a district of the southern Turkish province of Hatay early yesterday.

Rainfall that began around Thursday midnight inundated the region, damaging houses and vehicles.

Apart from four casualties, one person is reported missing in the floods. Search and rescue crews were combing the area to locate the missing. Flash floods had killed five people in the province last year.

Heavy rainfall gripped Turkey's northern and southern regions since earlier this week. Rainfall had caused a major motorway along the Black Coast to be flooded on Wednesday.