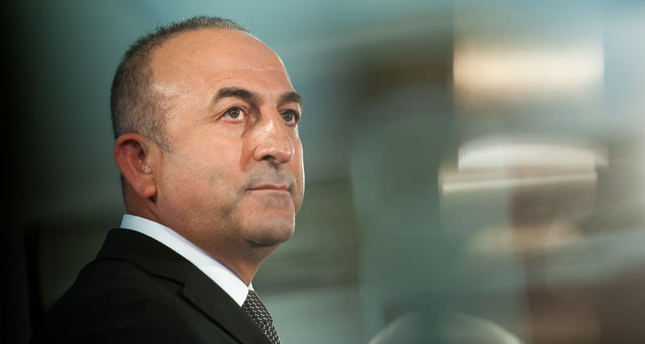 by Daily Sabah Sep 25, 2014 12:00 am
The long-simmering human tragedy in Syria will continue as long as the country's president Bashar al-Assad remains in power, said Turkish Foreign Minister Mevlüt Çavuşoğlu at the UN General Assembly meetings currently in session in New York.

"As long as Assad regime remains in power, Syria cannot go through a political reform," said the Turkish Minister at the panel titled "Syria: Supporting moderate voices". The meeting was hosted by Turkey, the U.S., England, France, Italy, and Germany.

The factors that led to such a tragic event should be focused on rather than focusing on the tragedy's consequences, according to Çavuşoğlu.

Turkey currently hosts more than 1.3 million Syrian refugees, most of whom fled from the Assad regime's onslaught. The Turkish government and various humanitarian aid foundations have been for years providing Syrian refugees with essential needs, but Turkey needs more assistance from the international community to help it host the massive influx of Syrian refuges, Çavuşoğlu said.

The Syrian Civil War began in the early spring of 2011, with nationwide protests against President Bashar al-Assad's government. Tension escalated when Assad-regime forces responded the protests with violent crackdowns. A recent report by the Syrian Network for Human Rights has said more than 158,000 people have been killed in the country through attacks by the regime of Bashar al-Assad and ISIS militants.