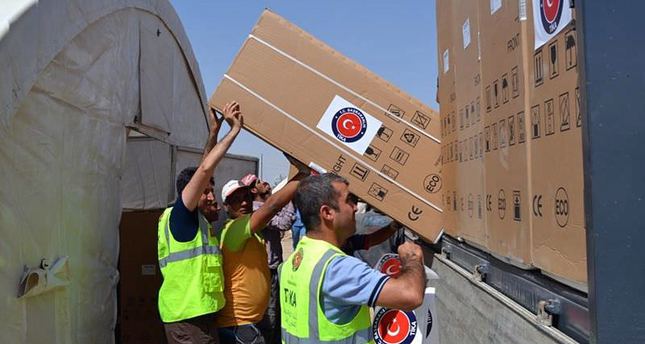 by AA Sep 25, 2014 12:00 am
The Turkish Cooperation and Coordination Agency (TİKA) has distributed stationary supplies and equipment to Turkmen schools in the northern Iraqi town of Irbil, according to a statement made by the agency.

"TİKA is continuing with its projects in northern Iraq, especially providing humanitarian aid," said the statement from Thursday.

According to the statement, the Turkish aid agency has distributed a thousand packets of stationery supplies, which include notebooks, pencil cases, pencils, crayons and erasers. The packs also include a ball and chocolate.

Eleven schools have received the packets along with air conditioners and televisions.