Officials warn against heavy storms in Istanbul after 6 pm 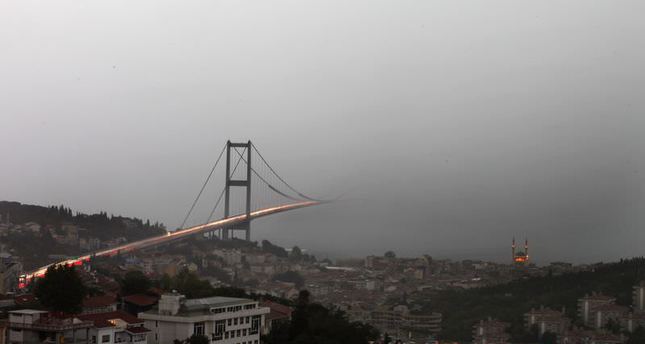 by Daily Sabah Sep 26, 2014 12:00 am
General Directorate of Meteorology has issued a warning on Friday that Istanbul and the Marmara Region should expect heavy storms after 6 pm. The Disaster Coordination Centre (AKOM) has called for a crisis meeting upon the warning.

According to reports, heavy storms will hit Istanbul on Friday evening and will continue until Sunday. The heavy rains will also affect the weather as temperatures will drop by 6 to 10 Degrees Celsius.

A written statement from the press office of Istanbul Metropolitan Municipality has warned citizens against the risk of floods and has announced that the Fire Departments, Road Maintanance and other units within the municipality have taken precautions to deal with potential crises led by the Disaster Coordination Centre (AKOM) and others.