Turkey's tourism figures on the rise 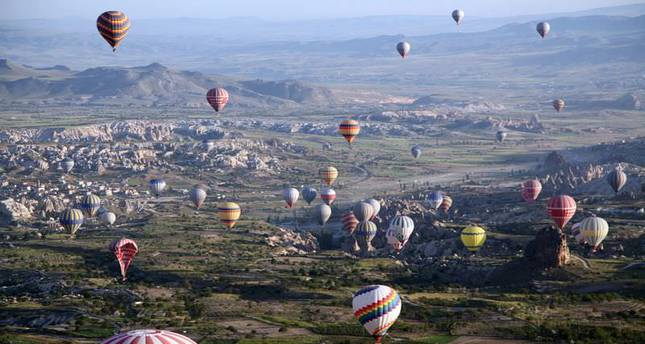 by Daily Sabah Sep 27, 2014 12:00 am
Turkey saw a seven percent rise in the number of tourists visiting the country in the first eight months of 2014, the Turkish tourism minister reported.

Ömer Çelik said on Saturday that nearly 25.7 million tourists came to Turkey between January and August compared to 23.7 million over the same period last year.

"This is a very good record because the World Tourism Organization predicts world tourism's growth at four to five percent this year but Turkey's growth is exceeding seven percent."

"Tourism in Turkey continues to break records despite there being so much instability surrounding the country."

Germans topped the list of foreign visitors to Turkey, followed by Russians and Britons.