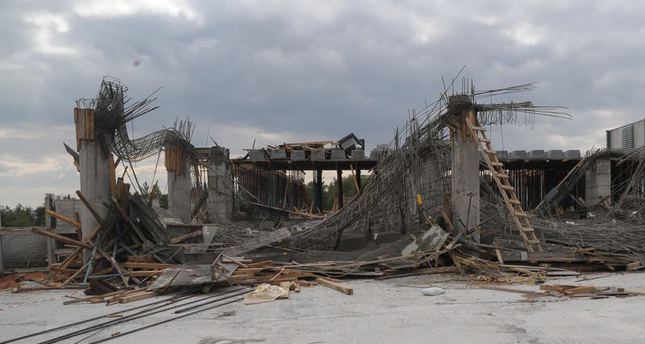 by Daily Sabah Sep 29, 2014 12:00 am
A Rectorate building whose construction continues in Uşak province collapsed as concrete was being poured, leaving four workers were injured, media reported on Monday.

The two injured workers trapped in the collapse were immediately sent to Uşak State Hospital and two others were slightly injured in the accident. The injured workers are reportedly in good condition.

The police have launched an investigation into the accident.