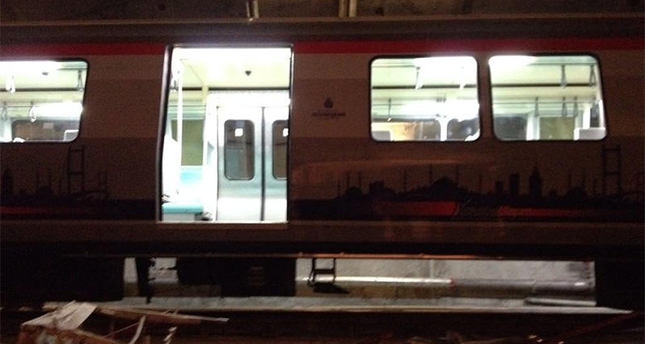 by daily sabah
Sep 29, 2014 12:00 am
A metal bar from a nearby construction site pierced the hip of a man traveling on an Istanbul subway train yesterday.

Fatih Çoban, 33, was on one of the subway cars of Istanbul's metro line traveling between the Seyrantepe and Sanayi districts on Istanbul's European side when a long metal rod, smashed through the coach window and impaled his hip. Passengers were safely evacuated after the accident took place near the station and subway services were briefly suspended.

An investigation was launched into how the rod, presumably dropped from a construction site above the subway system, pierced the car window. A graphic photo widely shared on social media shows the injured man lying unconscious on the ground of the seemingly empty car with the metal rod protruding from his hip.