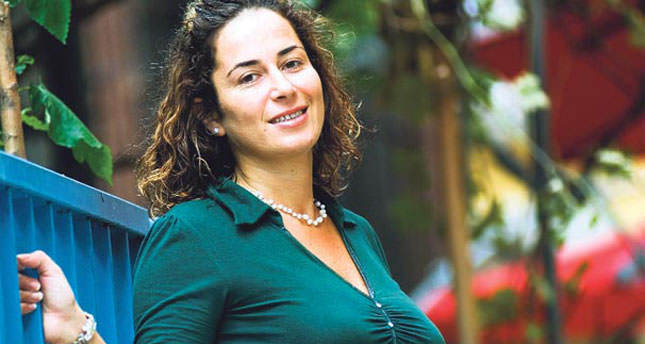 by Daily Sabah Oct 04, 2014 12:00 am
A court in Istanbul has lifted an arrest warrant for Pınar Selek, a sociologist and activist who was standing trial for involvement in a deadly bombing in Istanbul in 1998 that was later found to have been caused by a gas leak.

The 15th Heavy Criminal Court of Istanbul ruled to execute the Supreme Court's previous verdict to overturn Selek's life sentence and remove the arrest warrant for her.

Selek, who currently resides in France, was accused of playing a part in the bombing that killed seven and injured 127 in Istanbul's Spice Bazaar (Mısır Çarşısı).

The trial of Selek and another defendant accused of carrying out the bombing was adjourned to Dec. 5.

Speaking to reporters, Selek's father and lawyer Alp Selek said they expected that the lengthy lawsuit against his daughter would conclude with the daughter's acquittal. He said that Pınar Selek may return to Turkey from France, but she was currently committed to her scientific research there.

Ayhan Erdoğan, another lawyer for Selek, said panels of judges ruled for the release of Pınar Selek in previous hearings, but her acquittal was always postponed and subsequent trials found her guilty. "Previous panels of judges illegally sentenced her to life without the legally required assessment process, and the Supreme Court overturned it. We believe that she will be released in the upcoming hearings," he said. Erdoğan also said they suspected the judges "may be connected with a hidden organization within the state," implying the "parallel structure" - infiltrators of the influential Gülen Movement in the judiciary accused of attempts to overthrow the government.

In June, the Supreme Court overturned an aggravated life sentence for Pınar Selek for the bombing that was later found to be an explosion caused by an accidental gas leak according to a team of forensic experts. She was arrested and imprisoned for two years, but released in 2000 after the experts' abovementioned report.

Pınar Selek was a sociologist at Istanbul's Mimar Sinan University who conducted surveys on communities suffering from discrimination, including homeless children, lesbians, gays, bisexuals and transgender individuals. She was involved in a research project about the Kurdistan Workers' Party (PKK) and had interviewed the group's members when she was apprehended in an investigation into the blast two days after the incident. Selek faced charges of building an explosive device and aiding and abetting the terrorist organization. Two weeks later, Abdülmecit Öztürk, another suspect, was arrested and told police he conducted the bombing together with Selek. However, he later retracted his testimony and claimed he was forced to testify to implicate Selek after being tortured by police while in custody. Human rights activists, who had long claimed that she was persecuted for her work on vulnerable communities and the PKK, supported her case.