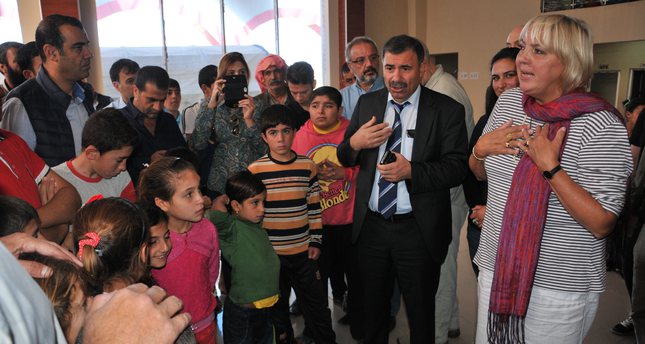 by AA Oct 06, 2014 12:00 am
A group of German Green Party lawmakers has visited Yazidi refugees in southern Turkey.

Led by the German parliament's Vice President Claudia Roth, the lawmakers were shown around a bus station used to house the refugees in Mardin on Monday.

After meeting children who fled ISIS in Iraq and the Levant attacks in August, Roth said: "No one has the right to control the future of these children."

The refugees are mostly from the Sinjar area of north-western Iraq, which was over-run by ISIS in early August, causing thousands to flee.

The Bundestag party was accompanied by the mayors of Mardin and Agri provinces, Ahmet Turk and Sirri Sakik.

Roth called for immediate support from the international community to provide the Yazidis with urgent basic needs.