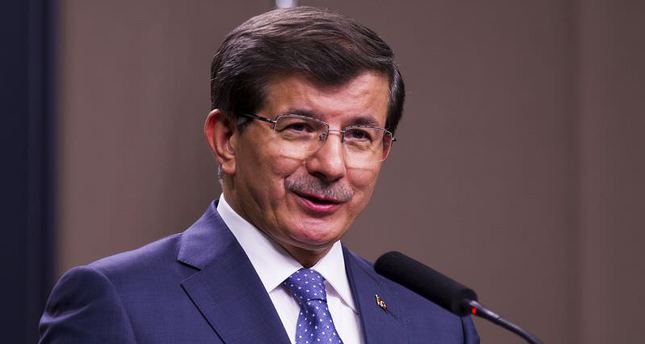 by Daily Sabah Oct 06, 2014 12:00 am
Turkish Prime Minister Ahmet Davutoğlu has made remarking statements during the first foreign interview with CNN's Christiane Amanpour on Monday in Istanbul.

Prime Minister Davutoğlu said Turkey would be willing to send its troops to Syrian grounds if the other allies do their parts against the Assad regime and the self-proclaimed Islamic State of Iraq and al-Sham (ISIS).

"We are ready to do everything if there is a clear strategy that after ISIS, we can be sure that our border will be protected. We don't want the regime anymore on our border pushing people towards Turkey. We don't want other terrorist organizations to be active there," said Davutoğlu during an interview with CNN's Christiane Amanpour on Monday.

Upon any threat against Turkey's national security, Prime Minister Davutoğlu has assured that all measures will be taken. "U.S.-led coalition airstrikes in Syria were necessary but are not enough to defeat ISIS," Davutoğlu said.

"If ISIS goes, another radical organization may come in, thus our approach should be comprehensive and inclusive strategy not just to punish one terrorist organization but to eliminate all terrorist threats in the future as well as eliminate all brutal crimes against humanity committed by the regime," Davutoğlu told Amanpour.

Davutoğlu asserted that Turkey will do everything possible to help people Kobani as they are considered as 'brothers and sisters.' He also said Turkey has warned 'American and European colleagues on the rise of radicalism in Syria as result humanity crimes done by the Syrian regime.