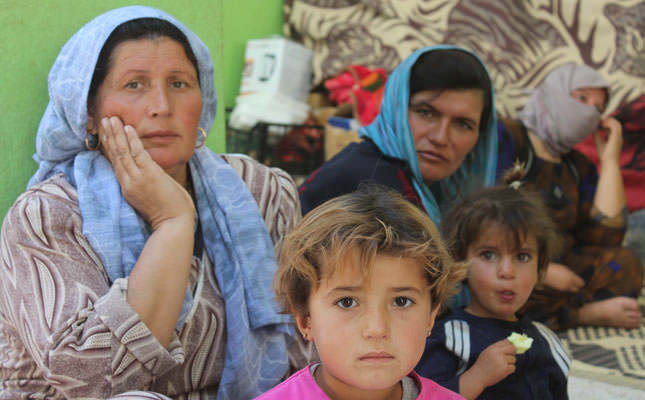 by Eda Işık Oct 09, 2014 12:00 am
Ever hospitable to people fleeing regional conflicts, Turkey mobilized to extend a helping hand to Syrian Kurds who fled from their homes in the city of Kobani, Syria where attacks by the Islamic State of Iraq and al-Sham (ISIS) have continued for weeks.

Turkish NGOs have flocked to the Turkish-Syrian border after September's violent clashes between Kurdish forces and ISIS militants forced thousands to flee into Turkey from northern Syria. The Humanitarian Aid Foundation (IHH), Mazlum-Der and other prominent Turkish charities are supplying humanitarian aid to Syrian Kurds concentrated in Suruç, a Turkish town located on the border.

The number of displaced Syrians in Turkey is nearing 1.5 million. Refugees are staying in 24 tent camps in several Turkish cities near the Turkish-Syrian border and the Turkish government recently announced that Turkey has so far spent $4 billion (TL 9 billion) for displaced Syrians over the four years of regional conflict.