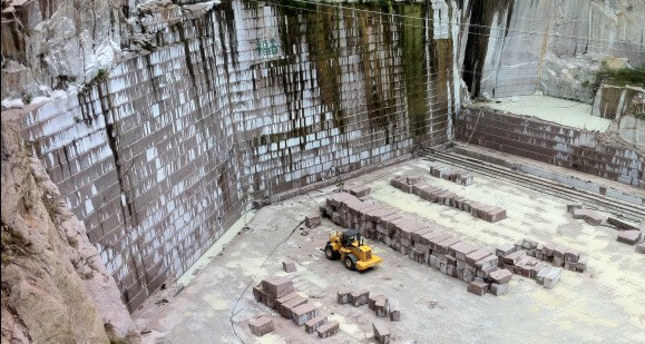 by Oct 09, 2014 12:00 am
Turkish marble producers are complaining that Chinese granite, an "unhealthy" material, has been used in the interiors of Turkish houses.

Abdullah Koçar, head of an association of marble producers in southwestern Turkey's Muğla, says granite emitting radiation was only used on the exterior of buildings in Europe and the U.S. while it furnishes kitchens and bathrooms in Turkey. Koçar said Turks were inclined toward Chinese granite as it is both cheap and pleasant looking but warned that the granite contains high levels of radiation.

"You can scale the radiation level by any device measuring radiation. Just put it on Chinese granite and you can see," he said. "People have their kitchen furnished with granite. They chop foods on this granite and eat that food without considering the radiation," he added.