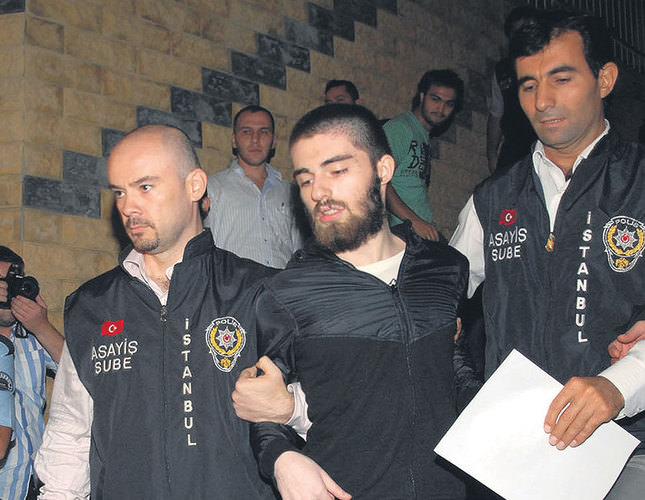 by AA Oct 10, 2014 12:00 am
A son of a prominent Turkish businessman serving 24 years for murdering and dismembering his 17-year-old girlfriend in 2009 has committed suicide in prison, Turkish judicial sources said on Friday.

Sources told an Anadolu Agency correspondent that the body of 23-year-old Cem Garipoğlu was found on Friday morning in his cell in Istanbul's Silivri prison; it is thought he committed suicide through asphyxiation.

Garipoglu had been jailed for the murder of 17-year-old Münevver Karabulut whose decapitated body was dumped in a trash container in Istanbul's Etiler district on March 4, 2009.

Her body had received multiple stab wounds was found stuffed inside a suitcase. Her head was later found in a guitar case in a separate garbage container nearby.

Garipoğlu, who went missing after the killing, later confessed to murdering Karabulut suspecting that she had been cheating on him.

Her killing created a nationwide outrage; friends and family members launched one of the largest internet campaigns ever seen in the country to find the killer.

Turkish media outlets were filled with details of the murder, pictures of the teenage girl and weeping family members plus statements by the Turkish authorities.

After the campaign and media attention, Turkish officials expanded their investigation, even launching police operations in 16 cities to find Garipoğlu.

During the manhunt, some speculated that Garipoğlu had been hiding in Russia or Armenia; others claimed that he was being hidden by his wealthy family.

Over six months after Karabulut's body was found, Garipoğlu finally surrendered to Turkish police on September 17.

After a high-profile murder trial, an Istanbul judge sentenced Garipoğlu to 24 years in jail in 2011. Garipoğlu's uncle and mother were sentenced to three years imprisonment for destroying evidence linked to the case.