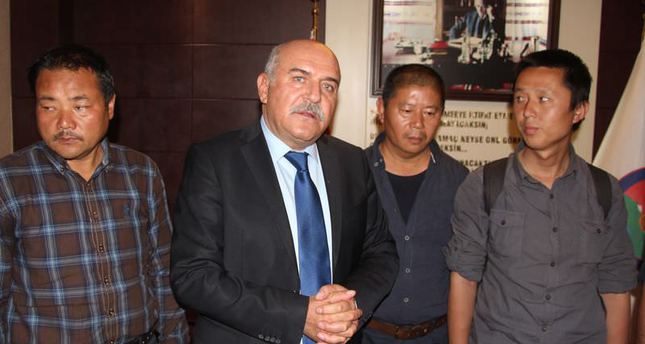 by AA Oct 10, 2014 12:00 am
Three kidnapped Chinese workers were released Friday more than a month after they were taken hostage by the outlawed PKK in southeastern Turkey, reports say.

The workers were handed over to the Sirnak office of the Ankara-based Human Rights Association and later brought to the Sirnak governorate, sources at the governor's office told the Anadolu Agency.

The three Chinese were kidnapped on August 25 when they went to shop near the Gorumlu municipality. They worked at a thermal power plant in the area.

The outlawed PKK is listed as a terrorist organization by the U.S, EU, NATO and Turkey.