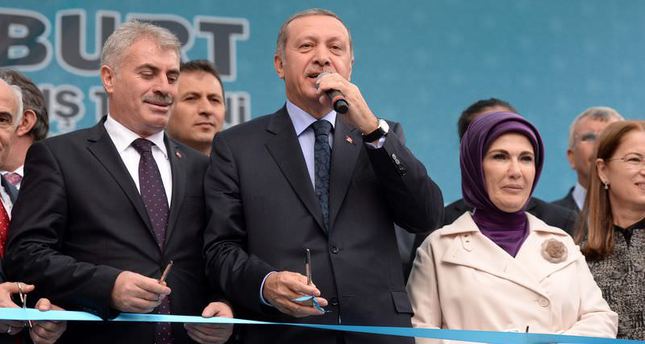 Erdoğan attended mass opening ceremonies for dozens of facilities ranging from clinics to parks as well as residences for poor families in the two provinces where he and his former AK Party draw major support.

Among the projects he inaugurated were playgrounds in 63 villages, sports courts and a new complexes for a university in Bayburt.

The president also promoted a new tunnel that is under construction between Bayburt and Trabzon that will shorten the travel distance some 96 kilometers when completed.

He also spoke about the Zigana Tunnel that will be built into the eponymous mountain of the region. He said the 12-kilometer long tunnel consisting of two tubes will be up for tender in November. The tunnel will connect the ports of the eastern Black Sea to Turkey's inner regions and Iran.

"This route will be a hub of trade and the tunnel will be one of the largest in Turkey," he said. The tunnel will be constructed on a highway between Gümüşhane and the province of Trabzon at an elevation of over 1,200 meters.