Turkey's refugee story revealed in an exhibition at UN headquarters 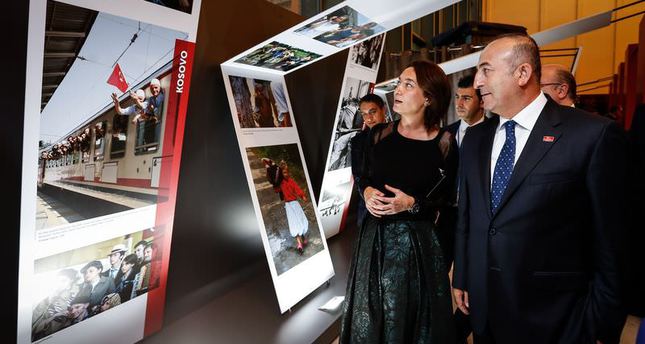 by AA Oct 14, 2014 12:00 am
An exhibition revealing Turkey's history as a refuge for those seeking shelter from conflict and oppression has been unveiled at the U.N. headquarters in New York.

The exhibition shows how different communities have sought shelter in Turkey's territories throughout its history-from the Ottoman Empire through to the formation of the Republic of Turkey and up to the present day.

"Turkey opened its homes and hearts to those who had to leave their motherlands due to torture, violence and oppression," said Çavuşoğlu.

"Currently, a large number continue to seek asylum on Turkish soil," he added.

Turkey currently hosts more than 1.5 million Syrian refugees, including 220,000 who are sheltering near the Syrian border after fleeing from Islamic State of Iraq and the Levant violence, according to Çavuşoğlu.

Çavuşoğlu stated that Turkey would continue to support the Syrian people; however, the country also expected support from the international community, which should also "share this burden and fulfill its responsibilities under international humanitarian law."

'Safe Harbor Turkey' will be open to visitors until 22 October.