US pushes for Incirlik airbase, Turkey insists on conditions 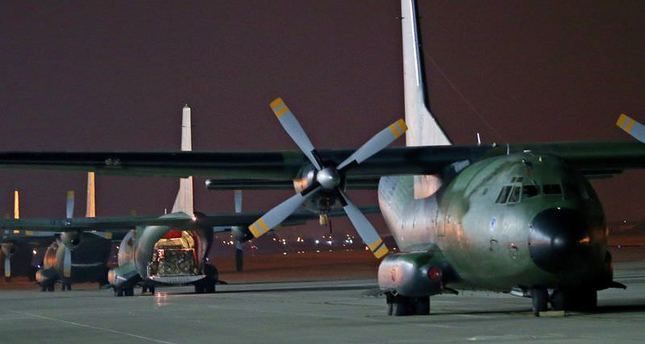 by AA Oct 14, 2014 12:00 am
Turkey is continuing to insist on conditions for allowing U.S.-led coalition forces to use its Incirlik airbase in the south of the country, as the U.S. pushes for access to the military facility.

The U.S. has stepped up pressure on Ankara, saying it must do more in the fight against ISIS.

But the Turkish government has insisted on the establishment of a no-fly zone to halt attacks by the regime of Syrian President Bashar al-Assad on Syrian opposition forces, and the setting-up of a safe haven near the Turkey-Syrian border for refugees fleeing ISIS attacks in Syria.

Turkey has repeatedly said the fight against ISIS requires a comprehensive strategy and it has demanded the removal of the Assad regime in Syria which, according to Ankara, is part of a comprehensive solution needed to defeat the group.

But it is still unclear where Syrian opposition fighters will be trained.

Mehmet Şahin, Vice-Chairman Associate Professor of the Ankara-based Institute of Strategic Thinking, told the Turkish press agency AA, "Training Syrian opposition within Turkish territories might cause problems, but the training may take place in a safe zone (if it is established in Syria)."

He said Turkey will train the Syrian opposition while the U.S. will equip them.

The U.S has been staging airstrikes in Iraq since early August.

U.S. Defense Secretary Chuck Hagel said last Thursday that the key military assistance the U.S. sought from Turkey was access to the Turkish air base at İncirlik.

"The U.S. is being insistent on Incirlik air base - although it has military bases in the Gulf countries - due to the high cost of airstrikes," said Can Acun from the Foundation for Political Economic and Social Research (SETA).

Acun said the high cost that the U.S. pays for air operations will be decreased if Turkey allows it to use the Incirlik airbase, as it is located near northern Syria.

The Pentagon has said the U.S. has spent more than $1.1 billion on its military activities in the region so far.