Airstrikes against PKK not confirmed 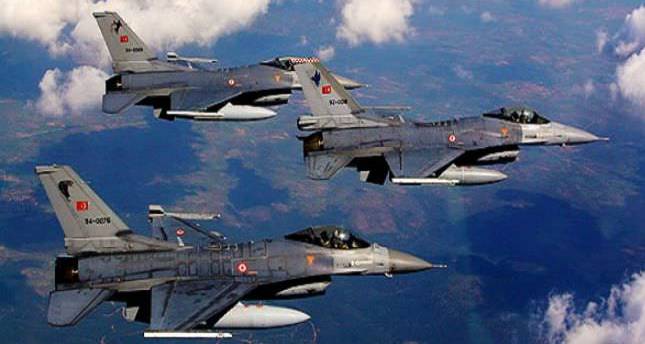 by Daily Sabah Oct 15, 2014 12:00 am
Turkish Armed Forces (TSK) did not confirm media reports that its warplanes launched attacks on the terrorist organization PKK's hideouts in southeastern Turkey.

Several media outlets reported yesterday that warplanes struck PKK targets in a mountainous area in the southeastern Turkish province of Hakkari on Monday after terrorists launched attacks on a military outpost in the province's Dağlıca district. If confirmed, it would be the first major air raid against the PKK since a reconciliation process to end the terrorism was launched about two years ago by the Turkish government.

A statement from the TSK said terrorists opened harassment fire on troops at military bases in Hakkari and the eastern province of Tunceli. The armed forces had responded "in the strongest way" to the shelling.

The PKK issued a statement and claimed the airstrikes took place and were in "violation of the ceasefire," referring to group's unilateral truce in 2013 after its jailed leader Abdullah Öcalan urged them to lay down their arms.