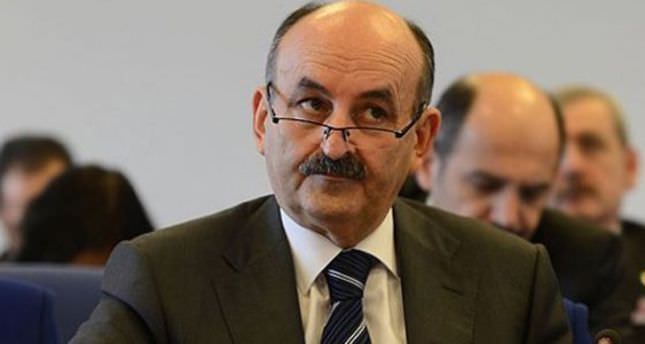 by Daily Sabah Oct 15, 2014 12:00 am
Turkish Minister of Health Mehmet Müezzinoğlu assured the public that Ebola is not an imminent threat to Turkey and all four suspected cases of Ebola turned out to be malaria. He urged people not to panic and said the ministry had all measures in place in case of an Ebola infection.

"We check people with illnesses against Ebola and hospitalize people under risk as soon as their planes land in Turkey. Such was the case for four patients, but they were all diagnosed with malaria," he said.

Müezzinoğlu said that Turkey has not experienced any problem in terms of the deadly virus but is alert to possible cases. "We issued a warning to our citizens living in [African] countries and traveling there to be more cautious about hygiene," he added.

He said that pilgrims returning from the hajj will be monitored for at least 15 days for signs of Ebola infection.

Turkey is both a busy transit route for passengers from Asia, the Middle East and Africa and is a country attracting immigrants from African countries where Ebola took hold. The four cases Müezzinoğlu referred to were passengers traveling to Turkey from Africa.

To tackle the virus, health authorities equipped several hospitals with quarantine units and the staff with protective clothing. Passengers, especially those arriving from African countries, are being screened at airports by medical staff if they are deemed to have symptoms of Ebola such as an unusually high fever.