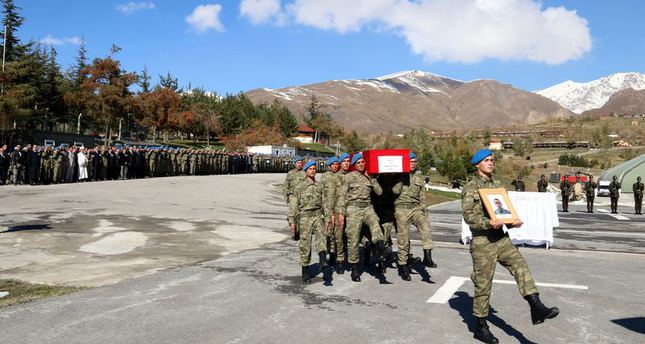 Five suspects have been detained on Sunday as part of an investigation into the killings of three soldiers in southeastern Turkey.

The three soldiers were shot dead on the street in the town of Yuksekova in Hakkari province of Turkey's extreme southeast bordering Iraq and Iran.

The attackers escaped but a security operation was underway to apprehend them, the agency said. There was no claim of responsibility for the attack.

There has been an upsurge in tensions in recent weeks between the authorities and Kurdish militants furious over the government's cautious policy on helping the mainly Kurdish Syrian town of Kobane, which has been besieged by militants of the ISIS.

Some 40,000 people are estimated to have been killed in a three-decade insurgency waged by the outlawed Kurdistan Workers Party (PKK) demanding Kurdish self-rule in Turkey's southeast.